As more states move towards legalizing marijuana for adult use, people tend to forget that, for many people suffering from debilitating diseases, even basic access to medical cannabis remains a major challenge. Nowhere is this injustice more clear than in the case of military veterans. 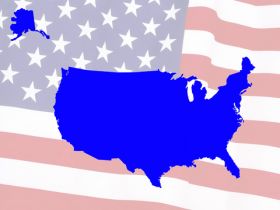 By Maryia Statkevich and Lawrence J. Korb on Wednesday, November 11, 2015

This Veterans Day—as on all Veterans Days—we at the Center for American Progress pause to honor the brave men and women who serve or have served in the U.S. Armed Forces—especially those who have given their lives or suffered physical or mental wounds in the course of defending this nation. We also pay tribute to the families who have lost a loved one or dealt with the wounds of war in order to make this service possible.

The U.S. Senate on Tuesday approved a bill that allows military veterans to more easily access medical marijuana in states where it is legal.

Under current Department of Veterans Affairs regulations, doctors who work for the V.A. cannot issue cannabis recommendations, even in the 23 states that have laws allowing for medical use.

TOPEKA (KSNT) — A nationwide argument between the veterans administration and groups which represent the rights of veterans emerged in Topeka Tuesday.

That issue is whether veterans should be denied prescription medications because they use marijuana for physical or emotional pain even in states which allow medical marijuana use.
Read Whole Article @  wbay.com

DENVER (AP) -- Colorado's decision not to allow marijuana to treat post-traumatic stress disorder has prompted a lawsuit by PTSD sufferers.

Despite pleas from dozens of veterans who say smoking marijuana will prevent suicide, Colorado's Board of Health rejected a plan to allow post traumatic stress disorder to be added to the list of conditions approved to be treated with medical marijuana.

Colorado is one of 23 states that have legalized marijuana for medical ailments, such as cancer, seizures, and chronic pain. Nine of those states allow PTSD as one of those ailments.

But the Colorado Board of Health ruled Wednesday night there is not enough scientific evidence to prescribe medical marijuana for the treatment of PTSD in their state, despite mountains of anecdotal evidence.
Read Whole Article @ CBN News

EXCLUSIVE: War Veteran with PTSD Faces Life in Prison for Pot, His Wife Calls for Help 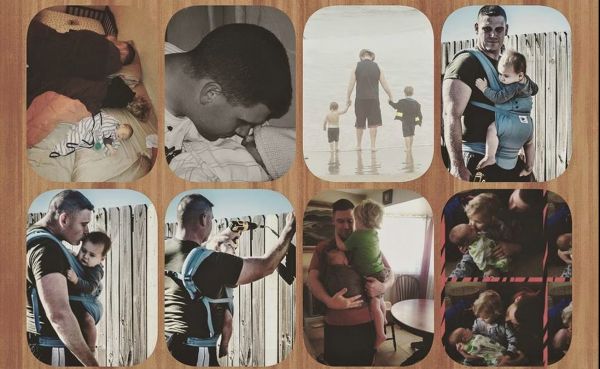 Under Oklahoma's harsh marijuana prohibition laws, 100% disabled US Marine Corps veteran Kristoffer Lewandowski, who served three tours of duty overseas including stints in Iraq and Afghanistan, is reportedly facing up to life in prison for growing under an ounce of marijuana in his home in an effort to treat his PTSD and wean himself off of pharmaceutical drugs.
Truth In Media - Read Whole Article

TORONTO – For five years, the biggest challenge in United States Marine Corps Staff Sergeant Mike Whiter’s life was simply finding the will to step out his front door.

Medically discharged from the Marines in 2006 as a result of Post-Traumatic Stress Disorder (PTSD), he says nothing prepared him for life back home, or for how “messed up” he would become as a result of his PTSD – or the many medications he was prescribed by Veteran’s Affairs (VA).  Global News - Read Whole Article

... After Congress’ recent vote to deny Veterans the opportunity to speak to their VA doctors honestly and openly about their own medical treatment, it was necessary that we sit back, analyze, and now determine exactly what the consequences will be for America’s Veterans. By voting No or Abstaining from the vote on the Veterans Equal Access Amendment, Congress is literally telling Veterans, “…if you’re caught with THC in your system, we’ll have the VA stop treating you immediately.”
The Weed Blog - Read Whole Article

A brand new drop-in centre serving veterans is about to open in Sydney, filling a void created more than a year ago when the Veterans Affairs office there closed down.

The Sydney office was one of eight across the country the federal government shut down in early 2014, creating outrage as Ottawa sought to replace them with online or phone-in services.
CTV Atlantic - Read Whole Article

Marijuana Treatment Study on PTSD for Veterans Gets Back on Track

A year after the federal government approved a study for the use of marijuana by veterans in treating post-traumatic stress disorder the work may at last get underway.

The National Institute of Drug Abuse on Wednesday informed the Multidisciplinary Association for Psychedelic Studies that it is ready to supply researchers with marijuana needed for the study, Brad Burge, spokesman for MAPS, told Military.com.
Military.com - Read Whole Article

The Green Legion: Veterans and Marijuana

Twenty percent of veterans who served in Iraq or Afghanistan suffer from some degree of post-traumatic stress disorder. At present, no reliable pharmaceutical treatment exists for PTSD, but cannabis has been shown to provide relief.
High Times - Read Whole Article

http://www.pbs.org/national-memorial-...
The 2015 National Memorial Day Concert will feature the stories of courageous American heroes disabled for life; shine a spotlight on gold star children who have lost a parent to war; and commemorate the 70th anniversary of the end of World War II.
PBS: Retrieved from YouTube

The Senate Appropriations Committee passed a bipartisan amendment today, 18 to 12, allowing Veterans Administration (VA) doctors to recommend medical marijuana to their patients in states where medical marijuana is legal. The vote is the first time the U.S. Senate has ever moved marijuana law reform legislation forward.
DrugPolicy.org - Read Whole Article
Posted Wednesday, May 13, 2015

Just as the medical marijuana bill has lost most of its steam in the stunted Florida legislative session, the folks behind the push to legalize marijuana for those who are most in need is set to take on a different mahogany tone: the courtroom. A May 18 hearing in Volusia County could give some kind of indication of where this battle is going.
Read Whole Article - Orlando Weekly

A veteran with post-traumatic stress disorder who runs the Newfoundland branch of Marijuana for Trauma says the drug saved his life — and Ryan Edwards is now dedicated to helping others gain access to it.
CBC - Read Whole Article

If there is any group in America that should be allowed to consume marijuana for medical purposes, it’s our military veterans. They served our country proudly, and fought for liberty. Yet, our military veterans are not even able to get medical marijuana advice from doctors at VA hospitals.
The Weed Blog - Read Whole Article

A War in The Mind - Veterans Transition Program

To watch the full documentary for free: http://ww3.tvo.org/video/162231/war-mind
Retrieved from Youtube

Marijuana Debate In Congress Gets Passionate

In a debate on the House floor over the Department of Veterans Affairs’ policies on medical marijuana, Representative John Fleming (R-LA) warned colleagues that allowing veterans to smoke pot could turn them psychotic or schizophrenic...
Retrieved from Youtube

"The U.S. House voted down a bipartisan amendment by Rep. Earl Blumenauer (D-OR) and Rep. Joe Heck (R-NV) that would have allowed Veterans Administration (VA) doctors to recommend marijuana to their patients.

Although this is not a victory for veterans, it's still 15 vote increase in favor of the amendment, and that's with a Congress that is more conservative than last year.
Huffington Post - Read Whole Article

Marijuana.TV comment: Our opinion is that Congress and the public should support veterans who use medical marijuana for pain management and PTSD.

Former soldiers suffering from post-traumatic stress in Ontario may soon be able to access medical marijuana with ease.

Marijuana for Trauma Inc., an organization that specializes in helping veterans get medical marijuana, just opened a new facility in Markham, Ont. The organization's founders, who have opened operations in several other provinces, say there are already 40 veterans in this region looking for assistance.
CBC News - Read Whole Article

Marijuana For Trauma Inc. has expanded its Restigouche Road facility to include the new room, saying it is a necessary support for Canadian Forces veterans and others suffering from post-traumatic stress disorder (PTSD).
CBC News - Read Whole Article

Veterans and health experts participate in a discussion panel on the benefits of medical marijuana as treatment for Post-Traumatic Stress Disorder.

This website should not be considered legal advice, counsel, or a substitute for legal advice.